I love Cancer Research UK’s 2013 Race for Life ‘cancer, we’re coming to get you’ TV ads. There’s real attitude in the people talking straight-to-camera: You mess with her, you mess with all of us; I laugh in your stupid face; Up yours, cancer. It cuts right through the usual language of ‘victim’/‘survivor’, and even the way we talk about ‘battling’ cancer, and instead slaps us with the focused rage of actual fighting talk.

So it makes me sad that the current tube campaign just doesn’t capture the same spirit. 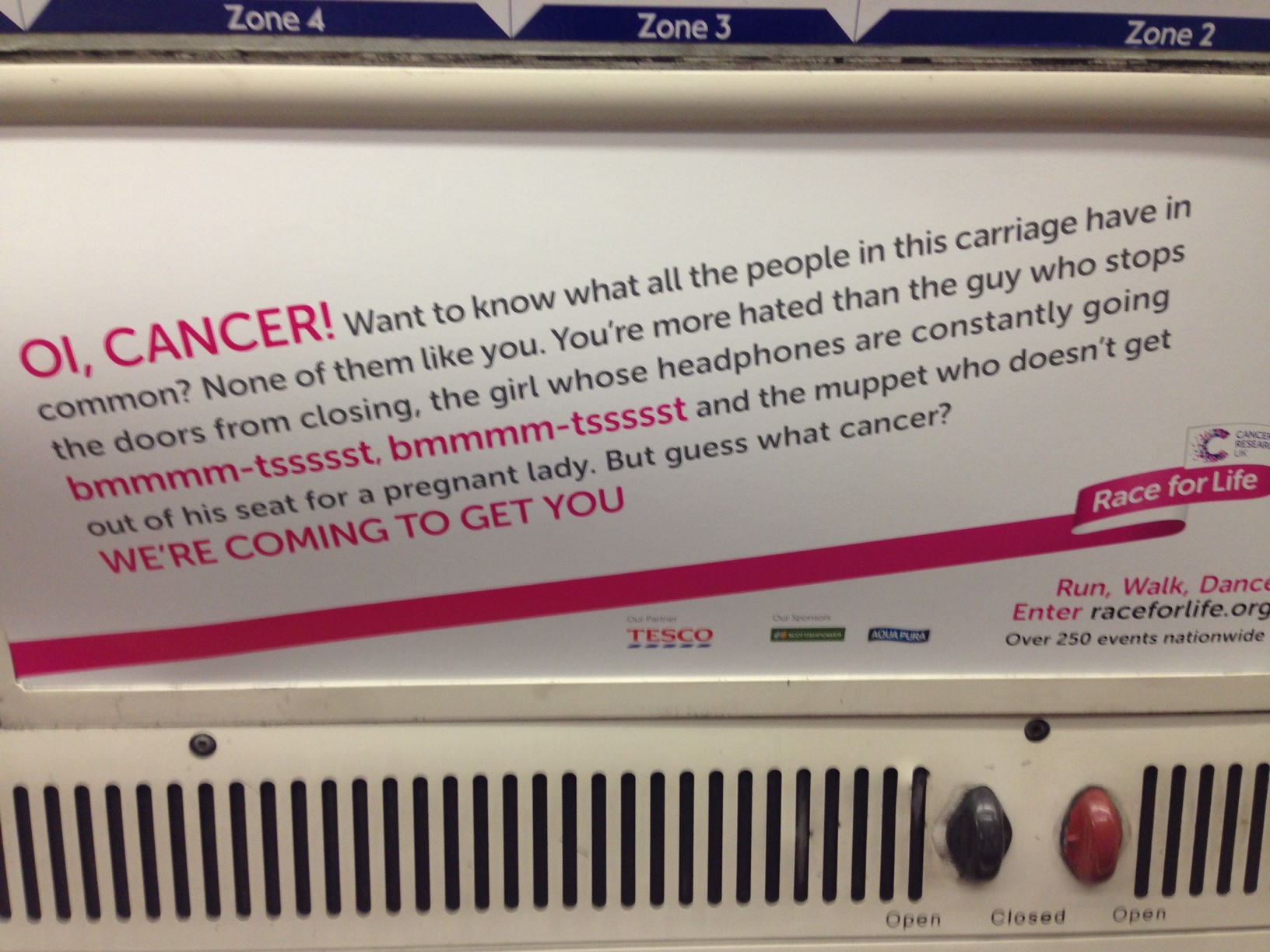 That first exclamation mark sets the wrong tone from the off (‘Oi, cancer’ has fight-picking menace; ‘Oi, cancer!’ is much less confident) and the comparisons just don’t have the defiance of the TV ad. Obviously we hate cancer more than ‘the girl whose headphones go bmmmm-tssssst’ and ‘the muppet who doesn’t get out of his seat for a pregnant lady’. Who wouldn’t? But those aren’t really things we hate are they? They’re just a few mildly annoying clichés of commuter life, used to make a forced link between ‘cancer’, ‘hate’ and ‘commuting’.

When your tone is that bold, your content needs to walk the walk, too.

Of course, it doesn’t change the fact that Race for Life is an amazing and inspiring thing. There are over 300 races this year – sign up for one.

The poster reminded me of this VSO ad from a few years back: in contrast, this is a brilliantly written call to arms that uses the truth of mundane commuter life to much, much better effect. 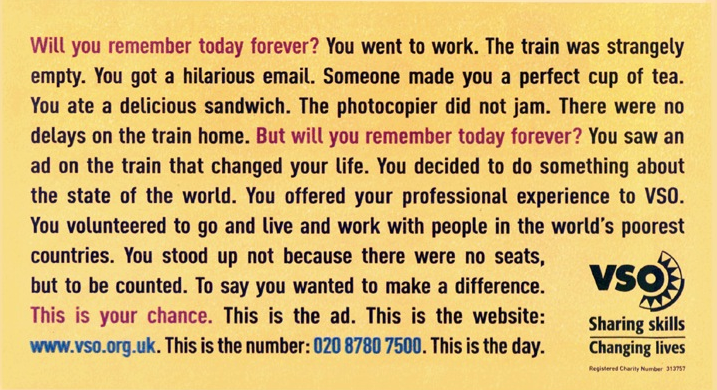