Shall I compare thee to a tinned sardine?

The tube during rush hour isn’t a great experience. If you work in London, even if you’re not a tube commuter I bet you hear a new tube moan from your colleagues every day.

‘He didn’t move down inside the carriage.’ ‘If she took her bag off her back, I could’ve got on.’

‘He carried on reading his paper, even though, when he turned the page, it caught my nose.’

But Transport for London (TfL) have launched a new campaign to tackle tube etiquette and make journeys more bearable.

Poetiquette is a week-long campaign where poets perform in stations across London, plus a wider marketing campaign of posters and billboards. Their aim? To get people to think twice before dropping rubbish, holding the tube doors open for their mates, and anything else that holds up the smooth running of trains.

Anything that tries to change the tube for the better has to be a good thing. And I love poetry. But I’m not convinced.

Here’s one of the new posters going up in stations around London. 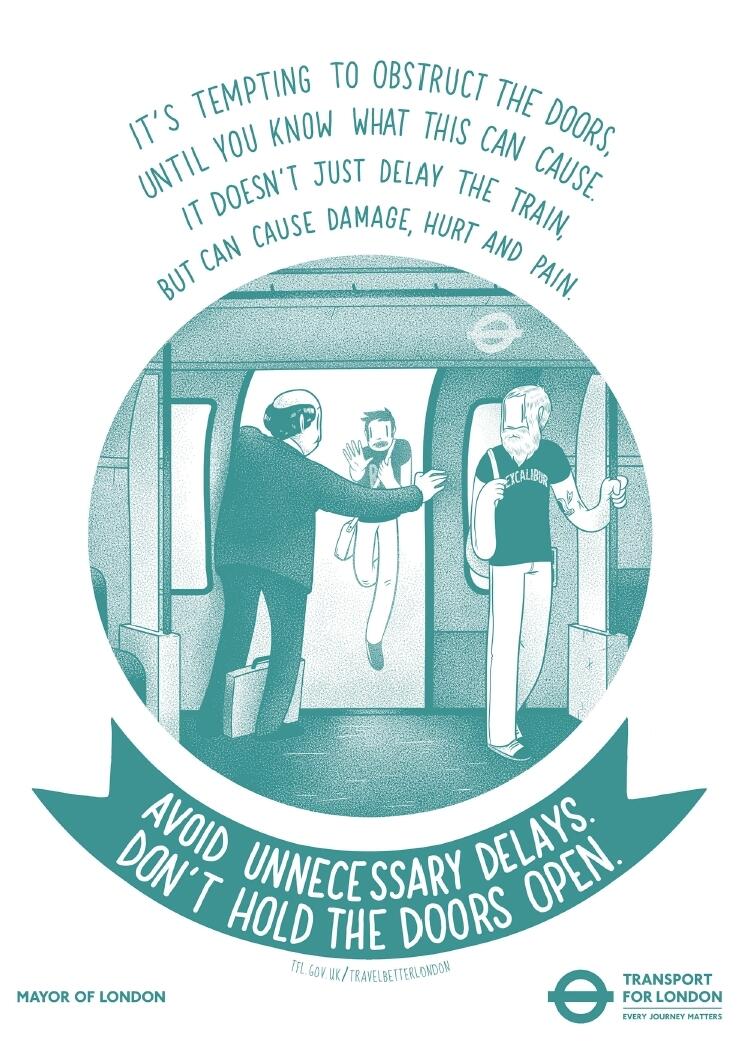 And if you scratch below the surface, TfL are saying things like: ‘Heavily loaded commuter services deliver higher social benefits than lightly loaded regional services.’

I’m fairly certain that no-one has ever said, ‘I don’t know about you, but my train was really heavily loaded this morning.’

Their tone is swinging wildly between industrial cattle haulage and a book of nursery rhymes. Is it any wonder we aren’t paying attention to their advice?

Would people change how they act on the tube overnight if TfL started talking to us like responsible human beings? Probably not. But I bet we’d be more likely to pay attention to what they have to say.

It’s happy days for job candidates. Unemployment levels in the UK and US are at record lows. Over two-thirds of businesses globally are facing a talent shortage. Almost half are intending to increase advertising for their job vacancies. The pickings are rich.

Carbon copy: what writers can learn from the language of climate emergency

Our best writing advice rounded up.