Last week I shared some of the year’s best ‘Writing for Design’ entries from the D&AD Awards. But not one of them was quite groundbreaking enough to win the ultimate accolade: the Black Pencil.

So, what does it take to be groundbreaking in writing for design? 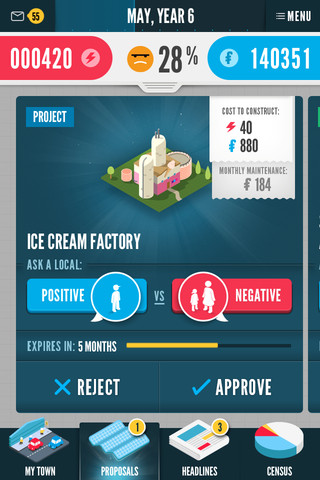 If we could’ve awarded every great idea on the table at the D&AD Awards, it would’ve been a bumper year. But once we looked past the big idea or the clever headline, the rest of the words often let the work down.

Take the Run That Town app by the Australian Bureau of Statistics. Such a brilliant idea: to gamify the results of the Australian census in an app that lets you ‘run’ your local area a la Sim City, complete with personalised ‘newspapers’ reporting on the local community’s response to your planning decisions. But although the video trailer for the app revealed some great writing within the app’s 100,000+ words, when our jury actually tried to play with it, the signing-in process – and the instructional language that came with it – let it down.

Remember, as I explained at a Creative Mornings talk earlier this year, every word is an opportunity.

One reader’s belly laugh is another’s face palm. As illustrated by the wackaging backlash, getting it wrong can turn readers off quicker than you can say: ‘Contains 100% FUN!’

Have a look at last week’s post to see how Harvey Nichols and The Macquarie dictionary got it just right. 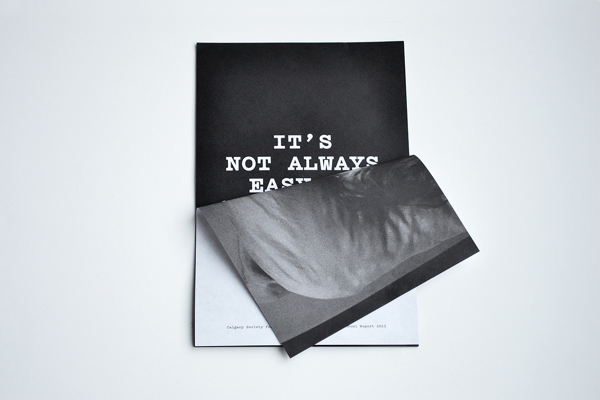 An unexpected medium. A brilliant typographic twist. By definition, being groundbreaking means going where no one else has gone before.

I love the annual report by the Calgary Society for Persons with Disabilities, which won a Black Pencil for graphic design. A single staple through the middle of the report makes it physically hard to read, illustrating life with a disability in the most tangible way. And the words work beautifully with the design, telling the story of a client over a day and using the ‘four sides’ created by the staple for different sections and threads.

Now if only they’d entered it for Writing for Design, they might have had another Black Pencil on their mantelpiece…