How has being different trumped being clear? 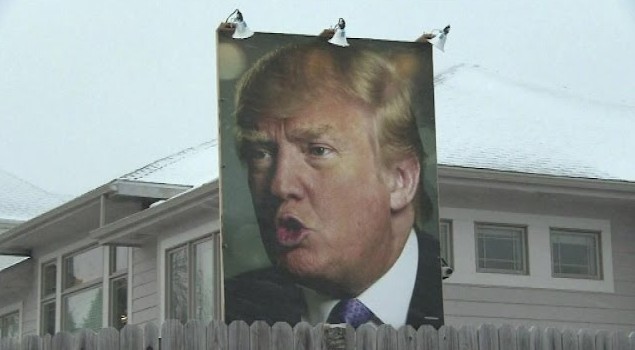 In the past week, a lot has been written about the Trump team and George Orwell. It’s all very interesting to me, as a Brit in New York. What would this classic British author make of the USA’s new president?

Not the man, or his policies – this isn’t the place for that. No, what I want to know is: what would the great-grandfather of ‘write like you speak’ have to say about Trump’s particular way with words?

If you haven’t read Politics and the English Language yet – do. It’s full of helpful nuggets: use clear, straightforward language; don’t use 20 words when five will do.

And like all good advice, there’s a handy checklist to follow: ‘A scrupulous writer, in every sentence that he writes, will ask himself at least four questions, thus’:

1. ‘What am I trying to say? What words will express it?’

We’ve always told our clients: it doesn’t matter how brilliant your writers are, bad content is bad content. If you don’t actually have anything to say, no amount of wordplay will make people interested.

But in the time Trump campaigned – and even in his inaugural speech – he wasn’t really saying very much at all. He’s a master at never quite getting to the point – he’s just the best at it, truly, the best – and when you come to listen, when you actually sit down and think about what you’ve been told, you realise there was maybe one point in there, perhaps two. Sad!

2. ‘What image will make it clearer?’

Drain the swamp. Build a wall. Lock her up.

The Donald has mastered the art of the vivid mental image, of the kind that’ll really stick in his audience’s brains. Problem is, nobody’s quite sure whether those things are metaphors or promises. Like The Atlantic said, ‘the press takes him literally, but not seriously; his supporters take him seriously, but not literally’.

Trump’s sentences aren’t sentences. In fact, the phrase ‘word salad’ has been coined to sum up his rolling syntax:

Look, having nuclear – my uncle was a great professor and scientist and engineer, Dr. John Trump at MIT; good genes, very good genes, OK, very smart, the Wharton School of Finance, very good, very smart – you know, if you’re a conservative Republican, if I were a liberal, if, like, OK, if I ran as a liberal Democrat, they would say I'm one of the smartest people anywhere in the world – it’s true! – but when you're a conservative Republican they try – oh, do they do a number – that’s why I always start off: Went to Wharton, was a good student, went there, went there, did this, built a fortune –

I’ve honestly tried to cut that at a fairly conclusive point. Short it ain’t.

4. ‘Have I said anything that is avoidably ugly?’

Look at that quote above – isn’t it an ugly bit of text? It’s clunky. Clumsy. It’s full of clauses and sub-clauses opening up one after another, like angry Russian dolls.

But his is a language designed to be spoken, not written. Linguists believe his sentences never really finish because his audience fills in the gaps. He’ll raise his eyebrows at just the right point, they’ll jump to a conclusion, and nobody can hold him to account. Donald goes home happy.

So he’s only hitting one out of George’s four

Aside from Trump’s knack for picture-painting, he openly flouts all the basic ‘good writing’ rules: keep things brief, make your meaning clear, don’t focus too heavily on the negatives.

And that’s just the thing, isn’t it? Most politicians try to stick to those rules in speeches – which is exactly why Trump doesn’t.

Brands often come to us because they want their writing to be distinctive. And while banks and businesses might get in trouble if they start threading ‘alternative facts’ into their annual report, there’s still a lesson to learn here.

If you want to stand out, you’ve got to break a few rules. Sorry George.

What other Trump-isms have you picked up on? Let us know in the comments.

What makes a good name?

Your name is the shortest story you’ll ever tell about your brand. And the most important. It’s the world’s first impression of you. Brand names tell people what we’re about – with structure, sound, and a good story to back it up.

What’s brand messaging – and how do you create it?

Be less Burger King: three ways to write for everyone